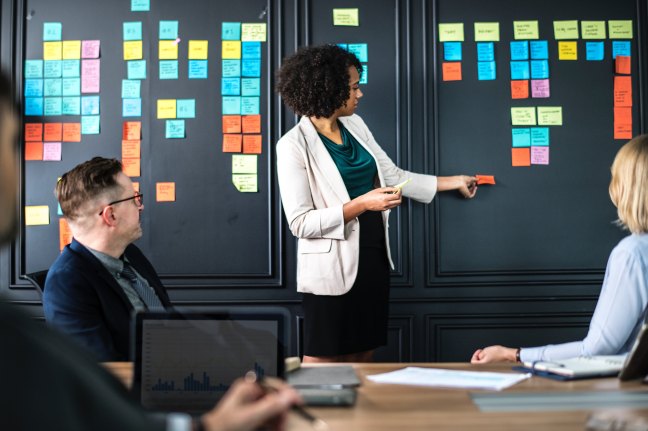 Photo courtesy of Rawpixel on Unsplash.

Every organization is a network of people committed to solving a problem.  Organizations that clearly define labor and the rights and responsibilities of employers and employees, will be highly effective in resolving the problem of human trafficking.

An organization is described by Business Dictionary as “A social unit of people that is structured and managed to meet a need or to pursue collective goals (http://www.businessdictionary.com/definition/organization.html).  So, imagine a girl who recently graduated from university and has hopes of finding a job and pursuing her dreams.  She searches the internet and finds a site that promises to find jobs for qualified individuals wanting to work in Canada, the USA, and the UK.  She is successful and meets all the requirements so a package is sent to her with travel documents prepared.  She joyfully departs her homeland.  Once she arrives, her travel documents are taken and she is told that she will have to repay the cost of her travel, as well as room and board, by working as a prostitute.

Imagine a young man who sets off for the big city with dreams of driving a fancy car and wearing the latest pair of Timberland boots or Clarks shoes.  He meets a friend downtown who offers him the opportunity to make some quick money to ensure that he will get the car and shoes of his dreams.  When he goes to a secret location, he is told that he has to sell drugs and sometimes offer his wealthy clients whatever they desire, including sex.  He becomes trapped in a system that will not let him go.

The stories vary across gender, educational levels, income brackets, and ethnicities. However, the search for employment is common to all societies.  So, the universal declaration of human rights, since 1948, has agreed on the basic rights of human beings to be free and to have dignity; to life, liberty and security; to work; to have leisure; to be free from slavery or servitude, and more (http://www.un.org/en/universal-declaration-human-rights/).  But it was not until 2000, that consensus in the Palermo Protocol defined human trafficking and attempted to prevent, suppress, and punish this transnational organized crime (https://www.unodc.org/documents/endht/Leaflet/WorldTiPday2018-leaflet.pdf).

The US Department of Homeland Security defines human trafficking as a “modern-day form of slavery involving the illegal trade of people for exploitation or commercial gain.”  The forms vary from being enticed by false promises of work, scholarship, a stable conflict-free environment or even a loving romantic relationship.  However, the result is a nightmare experience of forced labor or begging, sexual exploitation, and domestic servitude (https://www.bustle.com/p/13-sex-trafficking-statistics-that-put-the-worldwide-problem-into-perspective-9930150).

The hidden figures of this crime are hard to obtain according to leading researchers in the  Netherlands who estimate that the crime is under-reported at just a quarter or a fifth of the actual number of incidents (http://www.unodc.org/unodc/data-and-analysis/glotip.html).  Globally, it is estimated that 24.9 million people are trapped in forced labor and it continues to be the world’s fastest growing crime against women and children.  More than a third of the victims are children according to UN reports.  In 2017, one hotline received more than 6,000 reports of the most popular form – sex trafficking.  I encourage you to watch Janina’s story to see how pervasive this crime is and how it easily gets woven into the history of a family, and subsequently organizations (https://www.teenvogue.com/story/5-ways-start-fighting-human-trafficking-today).

So, what is the path out of human trafficking for leading organizations?  Recognize that leading organizations survive because they have a viable culture, a good structure, clear policies outlining roles and responsibilities of all, and also effective leadership (Bowlman & Deal, 2003).  Of necessity, they can also act as political agents in larger ecosystems like, IBM and Apple in computing; Harvard and London School of Economics in education; General Motors and BMW in automobiles; General Electric and Siemens in electrical appliances; Assam and Tetley in teas; the US Federal Aviation Administration and the Jamaica Civil Aviation Authority in aviation; Greyhound and Uber in transportation, and so much more.

Leading organizations set the standards of what should attain in ideal circumstances and provide a benchmark for others seeking success! 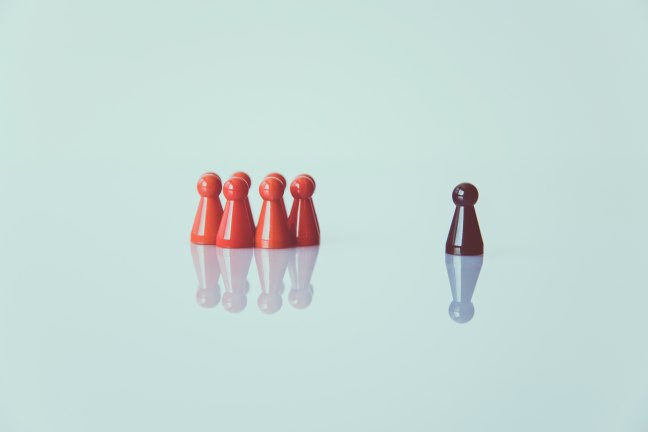 So, local Chambers of Commerce and their youth chapters can be instrumental in arresting the growing problem associated with transitioning form childhood to adulthood – work.

Organizations with good practices develop employees who are also working for the good of society.  Here are a few examples:

A single mother who went through a very challenging season, was sandwiched between her own kids and caring for her terminally ill mother.  It was difficult.  After her mother died, she attempted to start her own business with some skills that she had honed in university.  However, a friend approached her and said, “You need to work.  Go and see, AAA at my agency.  They will be expecting you.”  Almost a decade later, her children are grown, she is still on the job, and enjoying her growing business.

In my town, the tax office recognized that customers were getting angry at the long wait they had standing in line.  Sometimes, the line stretched out the door.  So, last year they reengineered their operations and now everyone goes to information, gets a number and is directed to the cushioned seats now available for all inside.  Monitors display the ticket numbers being served and their locations.  Automated announcements call the next ticket number and the teller where the client will be served.  Once there, your matter is heard and you may be directed to the cashier or to another unit to collect printed documents before heading to the cashier.  It may be confusing at first, but for all who stood in long lines that would go through the door with elderly, babies, and others in varied states of health, the comfortable seats, the transparency of the automated system minimizes conflict from people cutting in line.  Every customer is assured of individualized attention in the same amount of time.  Although the wait can still be long, clients are relatively calmer than in the past.

So, leaders have tremendous responsibility in steering their organization to preserve human dignity and away from corruption.  After diagnosing the problem in your organization, offer solutions where you can to aid your organization to improve.  Can you recommend someone for employment?  Can you diagnose a missing process and suggest a reengineering strategy that will make the organization more efficient?

To directly address the problem of human trafficking, try incorporating one or more of the following strategies into your organization:

Kevin Sinclair, a professional engineer who has observed this problem in Jamaica, the United States, and the Caribbean, has also recommended intervention in elementary schools to teach young children how to recognize potential child predators, as well as summer jobs for the older youth to gain job experience.

Leadership continues to provide many opportunities to reshape your world.  See the lessons that I learned in Be Prepared and more at http://www.lulu.com/spotlight/KeishaAMitchellPhD and https://youtu.be/zfPWaPCJ0vE .